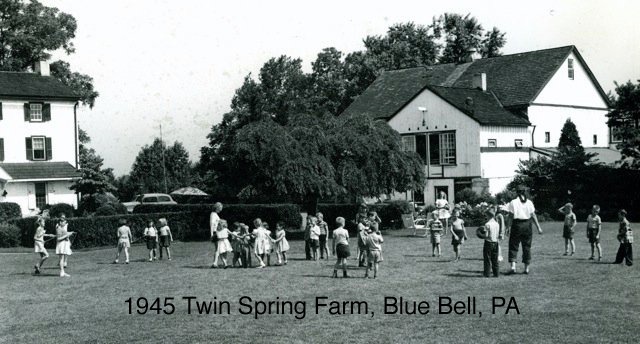 Beatrice realized the great need for early development and socialization for children. Using her years of summer camp and teaching experience, Bea constructed the foundation of early childhood education on which Twin Spring Farm Day School was built, and continues to thrive. The facilities continued to expand to accommodate the growing school and camp enrollment, and Richard was able to join his wife at Twin Spring Farm Day Camp and School full-time.

They nurtured Twin Spring Farm Day Camp and School as it became a year round setting where children safely played, grew and learned to adopt the six pillars of character; Caring, Responsibility, Trustworthiness, Respect, Fairness and Citizenship. Because of their dedication and continued guidance for over seven decades, Twin Spring Farm has impacted through experiences and development the lives of thousands of children. Bea expressed her amazement as she explained that third and fourth successive generations have attended Twin Spring Farm.

The summer of 2019 will mark the 75th consecutive summer as founder and owner that Beatrice will begin. Under her guidance, along with her children and administration they will continue the contemporary camp program while keeping the traditional values that Bea founded the camp and school on. This rare achievement will be celebrated throughout the summer with many special events highlighting the accomplishments of Beatrice and Richard. Kudos to both!